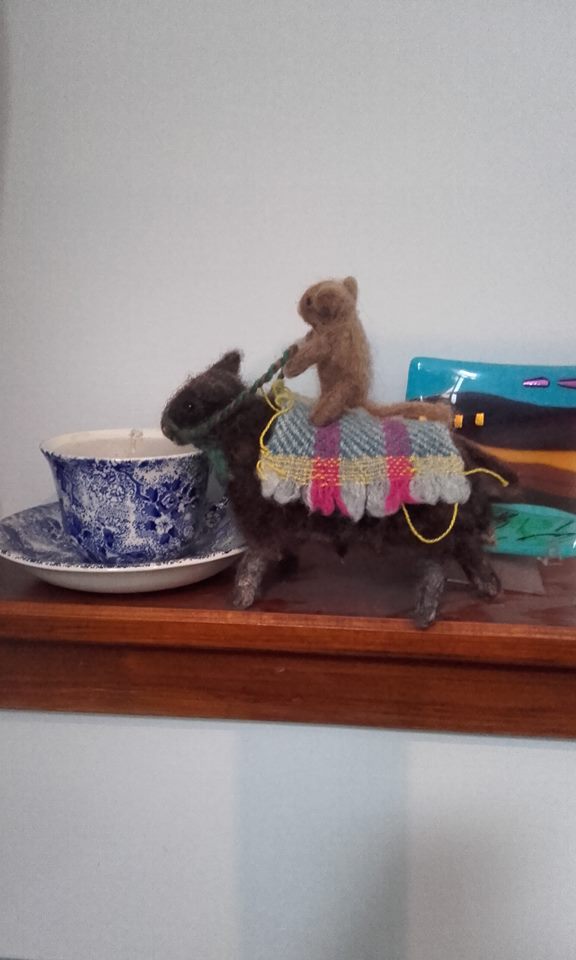 One thing I will certainly do if – indeed, when – I repeat this exercise, is to keep better records. I did set out with the notion of doing a real-time blog, but in the event the large and varied amount of rapid learning I had to do in planning and making the books was quite enough to do; nor did I wish to put extra pressure on myself by chronicling publicly  what was still an uncertain enterprise (was I wise? there’s a whole debate in there about the fear of embarrassment and its role in success – President de Gaulle famously announced to his entire cabinet that he had given up smoking : ‘from now on, you will never see me with a cigarette in my hand’ – an interesting exercise in self-coercion).

Indeed, it was only by chance that I was reminded yesterday that part of my reason for decamping to Linlithgow, aside from the need for space, was its proximity to Livingston, where the wondrous emporium of J. Hewit & Sons is located, that Aladdin’s Cave of bookbinding materials and equipment. Scribbled in a notebook  I find on the left hand page page ‘some estimation of cost in terms of (a) consumables’ and on the right ‘Hewit’s Order 25/8/17’ 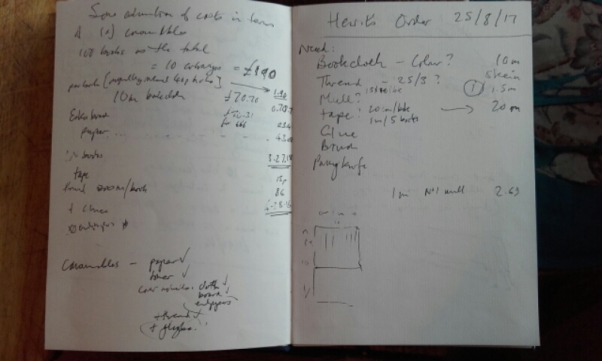 The significant rise in consumable cost is toner (i.e. ink) where the equation ‘100 books as the total = 10 cartridges = £190’ is followed by the rueful observation

All the same, the consumable cost is still at a very acceptable £4.28 a book. I note that the reckoning for thread is apparently ‘200 m/book’ though that should be the estimate for all 100 books – based on a very rough calculation that each signature was 210mm along the spine, but the sewing did not run the full length, so call it 200, x9 = 1800 plus a bit for luck, 2m a book (a surprising amount of thread, but as it turned out, a good estimate)

The Hewit’s order shows that I had decided the quantity of bookcloth I needed – 10m – but not yet the colour, since that is queried, as indeed are the weight of thread, the amount of mull (I think that is what the sketch at the bottom is about – I seem to have reckoned 1.5m would do) and the quantity of tape (I reckoned 1m would do 5 books so 20m would cover it – in fact I bought a 33m roll). What strikes me is both the rough-and-ready nature of it, driven by necessity – I needed to order some quantity, but how much? Well, take a look at the size of a signature and do some calculations, then add a margin for error – and how well it all worked out: the only thing that ran out was glue.

Ηοwever, the best-laid schemes gang aft agley, as the poet observes – the trip to Livingston proved somewhat eventful, as detailed below, though it is worth noting that the catastrophic event occurred on the way to Livingston, and the Facebook entry was only made after I had collected my order (I think my mind was focused by the fact that they close early on a Friday, so I limped on determinedly):

An economical bit of 21st century narrative, concluding with an impressive bit of long-range diagnosis by my son-in-law Mr Flaws up in Shetland.