Pedantic old gurnard* that I am, I still experience a frisson of annoyance when people (journalists, mostly) say things like ‘the very epicentre of the fighting’ or ‘the epicentre of world trade’. That is because ‘epicentre’ has a precise meaning, which in these cases is ignored: it is properly used of earthquakes, to denote the point on the earth’s surface directly above the seismic event, which actually occurs deep down: that is what the prefix ‘epi’ denotes – it is from the Greek, and means ‘upon’ or ‘over’. We encounter it in epitaph, which literally means ‘above tomb’, hence a headstone or grave-monument, though it has come to mean the writing on such a stone, which might more properly be termed an epigraph, something written above or over, such as the inscription at the head of a longer text – a poem or a novel – or over the entrance to a building.

Irritation that a word is used imprecisely might be compared to the pain that some might feel on seeing (say) a vernier caliper (or even a good screwdriver) used to lever the lid off a tin of paint: here is something designed for a precise purpose – a precision tool, indeed – used in ignorance to perform a basic operation requiring only something crude and simple. Part of the pain in those cases is the fear that the instrument may be damaged – which can hardly be said of a word – but a considerable part is aesthetic: those who know what the proper function of the tool or word is wince to find it used so ignorantly.

These days, however, my irritation (a product of my upbringing and early education, which put great weight on the accurate use of words) is liable to be displaced by delight in this evidence that language is a natural thing that belongs to us all equally and to no-one in particular, despite the efforts of those (myself among them) who have claimed authority over it and seen fit to prescribe how it should be used.

If we look closely at what is happening with this use of ‘epicentre’ we find, once more, a species of metaphor. Metaphor is, in my view, the key mechanism in how language works and develops; it consists in transferring a word or term from its original context to a new one, in order to invite a comparison of the two, and from that spark a new meaning or sense in which the word can be used (and we should not overlook the playful element in this, a point I shall return to: there is a close affinity between how metaphors work and how jokes do)

Just as we will use ‘seismic’ to express the importance or impact of some event, likening it to an earthquake, so we borrow ‘epicentre’ to add a touch of the same flavour – this is not just any old centre, it’s the centre of something important, it’s where it all happens, the point from which it all flows ouward. (It is worth pausing to consider the importance we attach to centres as if there was something intrinsically important about them, but surely it is just a customary usage, rather than reflecting any real significance – why should the centre be more important than the periphery, or any other point?)

I have the impression that we meet this use of ‘epicentre’ more often in radio or TV journalism than in print, and that points to another factor that is often overlooked, namely how the sound of a word can affect its use and so its meaning. ‘Epicentre’, opening as it does with that plosive ‘p’ sound in the first syllable, is easier to pronounce emphatically than ‘centre’ with its soft sibilant opening – so it can be made to sound important as well as borrowing importance from its seismic origin.

We see a similar thing in that other bugbear of the self-proclaimed pedant, the use that is made of the word ‘literally’. Sports commentators in particular are apt to say things like ‘the ball literally exploded behind the keeper’ or ‘the home support literally raised the roof’ and this is apt to evoke superior scorn from those who think they know better: ‘O, did it really explode? was there much damage?’ or ‘they actually raised the roof? by how many feet?’ 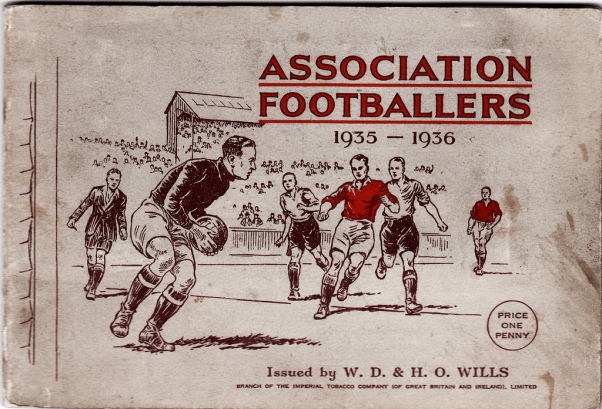 But look again: surely if this use of ‘literally’ is to be objected to, it is on the grounds of redundancy rather than anything else – what does ‘they literally raised the roof’ say that is not already expressed by ‘they raised the roof’ ? For all the pedants might wish to say, the addition of ‘literally’ does not turn ‘raised the roof’ or ‘the ball exploded’ from a metaphor to a piece of reporting; it merely serves to reinforce the metaphor – not very well, since both metaphors are rather stale, which is what the commentator senses in his desperate attempt to refresh them, when he might be better advised to drop them altogether.

The ‘shock value’ of a metaphor is its assertion that one thing is another, which evokes the response ‘how can that be?’; then we think about it, and light dawns – ‘I see it now’. Using ‘literally’ in this way is an attempt to renew the ‘shock value’ that ‘raised the roof’ and ‘the ball exploded’ (might have) had when first used.

Again, how it sounds plays a part here: it is a characteristic of English that the insertion of an adverb before a verb has a climactic effect, rather like a drum-roll which prepares us for the delivery of the telling word or phrase by warning of its imminent arrival. We see something similar with the insertion of an adverb such as ‘wholly’ ‘totally’ or ‘utterly’ before what is technically called a complement – thus ‘this is unacceptable’ ‘that is untrue’ or ‘this is deplorable’ become ‘this is wholly unacceptable’ ‘that is totally untrue’ ‘this is utterly deplorable’ – all expressions (try saying them aloud) where our vehemence can be concentrated in the adverb, which is almost spat out. Indeed, in these cases, the force of the utterance is largely transferred to the adverb, which conveys the speaker’s attitude before the final world is even spoken.

A final example is furnished by the unusual word ‘careen’ which is another technical term, though its use must now be rare – it means to tilt on one side, and is a nautical term – ‘to turn a vessel over on its side, especially for repairing or cleaning’ – its derivation is from the Latin carina, keel. I have lately heard it used (in one case by no less a person than Mr Stephen Fry, who occasionally makes wireless programmes about English usage) as a synonym for the verb ‘career’ meaning  ‘to rush headlong’. The etymology of ‘career’ is from carriere, the old French word for a racecourse, derived ultimately from the Latin for wagon, carrus. (cp. curriculum vitae, which literally means ‘little chariot of life’).

The two words are unconnected, but their similarity in appearance and sound makes them easily associated and confused, and it is likely that the dominance of ‘career’ as a noun meaning profession or occupation has made people wary of using the same word as a verb with what seems a quite different meaning (our careers are meant to be carefully plotted and managed, not a blind rush forwards) – hence the adoption of ‘careen’ for that purpose.

So the next time you find yourself on the verge of apoplexy at some linguistic usage, calm down and take a step back: language belongs to everyone, and anyone can change it – and they will, whether you like it or not.

*a gurnard of course is a kind of fish, pictured at the top of the page, but its name (apparently derived from the French grogner, to grunt, which it does when caught) evokes to my ear ‘gurn hard’ suggesting tetchy complaint, which allied to its rather grumpy looks makes it seem a fitting term for a pedantic whinger, even though it has no etymological connection – how language evolves, in action.