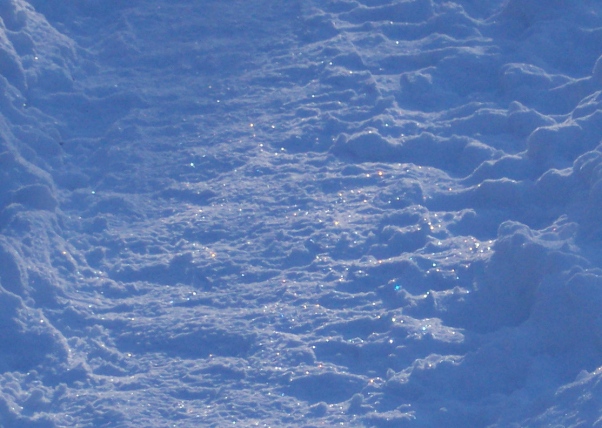 In a recent piece, prompted by Eliot’s line
‘Humankind cannot bear very much reality’
I suggested that we have constructed a carapace that protects us from Reality much as a spacesuit protects an astronaut or a bathysphere a deep-sea explorer.

This in itself is an instance of how metaphor works as a tool of thought and I think it is worth examining. There is, as I have discussed elsewhere  a certain hostility to metaphor and this should not surprise us, since metaphor – ‘seeing the similarity in dissimilars’ as Aristotle defines it – effectively violates at least two of the three so-called ‘Laws of Thought’ that underpin rational argument:

Identity – ‘A is A’ (metaphor asserts that A is B)
Contradiction – ‘A is not not-A’ (again, metaphor asserts that ‘something is what it is not’)
(The third law, Excluded Middle, states that where there are only two choices, there is no third possibility (so ‘A or not-A’) That may also be violated, but let’s not go into that now.)

Yet despite that – in fact, I would assert, because of it – metaphor is a key tool for thinking about the world and how we are situated in it.

There is no mystery to its mechanism, as I think can be illustrated from the particular case we are discussing. The essence of metaphor is ‘seeing as’ – considering the thing we are trying to understand in terms of something we already understand. In most cases, what we are invited to see is a set of relations – ‘x stands to y much as a stands to b.’ So, in this case, I say that we should think of ourselves standing in relation to Reality as someone who is protected by a carapace or intervening layer that comes between them and their surroundings.

This, of course, is to do no more than unpack what is already implied in Eliot’s line and to reinforce it by concrete imagery: we understand the importance of the spacesuit and the bathysphere, so we are being invited to see our experience (by which I mean ‘what it is like to be alive and conscious’) in terms of being surrounded by an environment from which we must protect ourselves by interposing some mediating layer since we cannot cope with prolonged exposure to it.

There will be people who view this sort of talk with some degree of hostility and scepticism, and it was to forestall them that I modified my earlier expression ‘thinking about the world and how we are situated in it’ to ‘our experience’ as a signal to step back from conventional terms which could be misleading. This is because we are not looking down a microscope here, at something (e.g. plant cells) whose place in a particular scheme of things is already agreed; we are taking a step back to where the ‘schemes of things’ are dreamed up in the first place, namely ‘inside the head’ (or inner space, if you like): we are operating in the realm of the imagination, attempting to disentangle problems of thought.

This highlights a difficulty inherent in philosophy, which someone once described as ‘a kind of thinking about thinking’: how do you get back to the starting point and avoid being ensnared by preconceived ideas? How do you use an existing way of thought to think about a different way of thinking? It is a kind of paradox. Wittgenstein touches on it in the Tractatus (6.54):
My propositions serve as elucidations in the following way: anyone who understands me eventually recognizes them as nonsensical, when he has used them – as steps – to climb up beyond them. (He must, so to speak, throw away the ladder after he has climbed up it.)

Descartes was trying to do the same thing in his Discourse, where he aimed to get back to some bedrock of which he could be certain, to use as a foundation on which to build a system of thought, and came up with his ‘cogito ergo sum’ (some thousand years after Augustine had said the same thing). It is in that wanting to be certain that Descartes goes wrong – in the territory where we are operating, nothing is certain, everything is provisional; the question is not ‘what can I be sure of?’ but rather ‘how can I see this?’

Thus (to return to the matter in hand, our metaphorical carapace) we proceed obliquely, by suggesting ‘ways of seeing it’ that coincide or seem complementary. It should be no surprise that the first is yet again drawn from poetry, since that is where metaphorical thinking is at home:

Suddenly I saw the cold and rook-delighting heaven
That seemed as though ice burned and was but the more ice,
And thereupon imagination and heart were driven
So wild that every casual thought of that and this
Vanished, and left but memories, that should be out of season
With the hot blood of youth, of love crossed long ago;
And I took all the blame out of all sense and reason,
Until I cried and trembled and rocked to and fro,
Riddled with light. Ah! when the ghost begins to quicken,
Confusion of the death-bed over, is it sent
Out naked on the roads, as the books say, and stricken
By the injustice of the skies for punishment?

That is WB Yeats’s poem, The Cold Heaven. As Seamus Heaney observes (in his brilliant essay ‘Joy or Night’ in The Redress of Poetry)

‘This is an extraordinarily vivid rendering of a spasm of consciousness, a moment of exposure to the total dimensions of what Wallace Stevens once called our ‘spiritual height and depth.’ The turbulence of the lines dramatizes a sudden apprehension that there is no hiding place, that the individual human life cannot be sheltered from the galactic cold. The spirit’s vulnerability, the mind’s awe at the infinite spaces and its bewilderment at the implacable inquisition which they represent – all of this is simultaneously present.’

I was strongly reminded of Yeats’s poem, particularly the lines

I took all the blame out of all sense and reason,
Until I cried and trembled and rocked to and fro,
Riddled with light.

when I came across a deeply moving account by a mother of life with her daughter. This is an extract – I urge you to read the whole piece here – a terrific piece of writing.

‘I have had to learn to do these things quietly because my daughter needs me to.  She is seven; bright, super funny, articulate, thoughtful and loving.  She also has autism spectrum disorder.  If you saw her on a good day, you’d maybe think she was a little shy and kooky.  You’d maybe wonder why I am letting her wear flip-flops in the winter rain.  You’ll never see her on a bad day as she can’t leave the house*.

She has severe sensory processing difficulties.  A normal day exhausts her and when she feels overwhelmed, even a gentle voice trying to soothe her with loving words can be too much to process, making her feel crazy.  She describes walking into a room of people as “like staring at the sun”. She’s incredibly empathetic but you may not realise as she feels her own and others’ emotions so deeply she can’t bear it, and so sometimes she has to just shut down. ‘

(that asterisk, by the way, links to this footnote:
‘*3 months of non-stop bad days and counting, not left the house since December 3rd 2014’ – the blog was written on 3 March)

I apologise for appropriating another person’s anguish to use as an illustration but I hope I do not do so lightly. I have my own experience of the pain that results when someone you love cannot cope with the world and I am increasingly convinced that a great deal of what we term ‘mental illness’ – particularly in the young – has to do with their difficulty in reconciling Reality (or Life, if you like) as they experience it with the version that those around them seem to accept – it is a learning difficulty or impairment; they just cannot get the hang of how they are ‘supposed to’ see things.

In fact, ‘supposed to’ is just the right idiom here, for the subtle nuances it has in English:

– it conveys not only a divergence between how things are and how they are meant to be – the infinite capacity of life to surprise us, the inherent tendency of all plans to miscarry (‘the best laid schemes o mice an men gang aft agley’) – but also the tension between social constraint and the individual will: ‘you’re not supposed to do that!’ is what the child who has bought into the conventions early on (that would be me, I fear) squeals when his bolder companion transgresses (and that squeal is followed by an expectant hush during which the sky is supposed to fall in, but doesn’t).

The world is not as we suppose – or perhaps it would be better to say that it is ‘not as we pretend,’ since that brings out the puzzlement that many – perhaps all – children experience at some point, that the adult world is an elaborate pretence, a denial of the reality that is in front of their noses.

Here is Eliot again, from Murder in the Cathedral:

Man’s Life is a cheat and a disappointment;
All things are unreal,
Unreal or disappointing:
The Catherine wheel, the pantomime cat,
The prizes given at the children’s party,
The prize awarded for the English essay,
The scholar’s degree, the statesman’s decoration,
All things become less real. 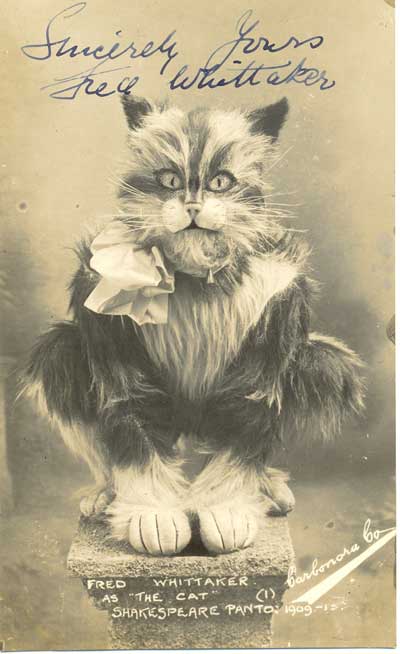 the hollowness of achievement and the emptiness of success is a commonplace of adult writing, and it complements a central theme of much children’s writing, that the world is a marvellous and enchanting place full of magic and wonder (and terror) – but adults, as a general rule, cannot see it (which has just this instant reminded me of a favourite and curious book of my childhood, The Hick-boo**. about a creature only children could see – the adult exception being an artist).

And that is a hopeful note to end on, for now: that there may be a better way to mediate Reality than the conventional carapace, namely Art (in its most inclusive sense – painting, sculpture, poetry, storytelling, music, dance). That is something I shall come back to.

**to be exact, ‘The Hick-boo, a tale of a tailless transparent goblin’ by MH Stephen Smith (Hutchinson 1948).

3 thoughts on “The Exploration of Inner Space II : by way of metaphor”