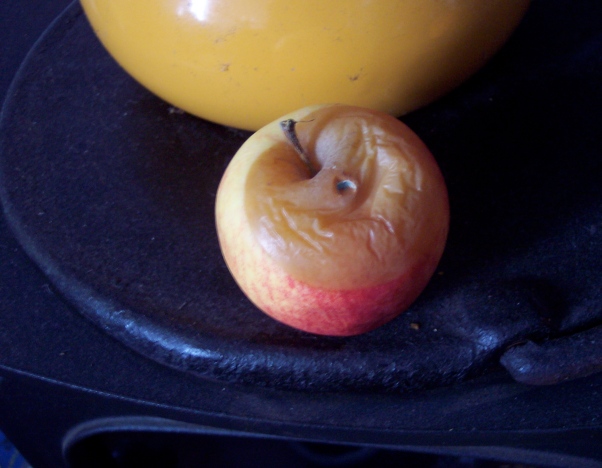 Poetry is a way of thinking.

By ‘poetry’ I mean not just poetry but everything that works in a similar fashion – by imagination and instinct – such as music and art generally (it’s handy to remember that ‘poetry’ just means ‘making’) – and by ‘thinking’ I mean rather more than the narrow sense in which we usually employ that word – thinking is the totality of what we do inside our head, of which ‘rational thought’ is only a subset.

An instance: this morning, I had an idea for a book. It came as it usually does, out of nothing, and then all at once began to burgeon (the best image I have of this is cells under a microscope dividing and multiplying with great rapidity) which is always exciting – you think, ‘there could be this – and then this – and this -’ it comes in a torrent, yet all seems to hang together; you feel the connections branching out all over the place, you sense how it would all work, without having to examine it too closely.

By the time I got back to the house, the excitement had subsided and a reaction had set in – again, this is familiar: a bit like the seed that falls on stony ground, some ideas spring up but do not have the soil to sustain them, so they wither as quickly as they came. And that thought – that this might be yet another disappointment, something of seeming promise from which nothing comes – brought to mind a poem by Seamus Heaney, Blackberry-Picking.

The first section, of sixteen lines, deals with the exuberant wild untrammelled joy of picking a great glut of blackberries; but the second part, only half as long, reads:

We hoarded the fresh berries in the byre.
But when the bath was filled we found a fur,
a rat-grey fungus, glutting on our cache.
The juice was stinking too. Once off the bush
The fruit fermented, the sweet flesh would turn sour.
I always felt like crying. It wasn’t fair
That all the lovely canfuls smelt of rot.
Each year I hoped they’d keep, knew they would not.

Now Heaney of course when he wrote that poem had no notion of me standing on the doorstep reflecting on how ideas can suddenly fail of their promise, nor need he have had any specific notion of what the poem ‘meant’ or was ‘about’; the concrete experience of the blackberry picking, that mad joy followed by disappointment and disgust (and the fact of its being a familiar sequence) was what he sought to capture.

Nonetheless, the poem illustrates perfectly what I was thinking about the failure of promise, so it does ‘mean’ that; that is what it is ‘about’. Nor do I need to add ‘that is what it means to me’ because the whole point is that we are dealing with universals here – by which I mean experiences of a kind that every human being has had, or has the potential to have. What Heaney as a boy experienced with the blackberries is something that many of us have found elsewhere in life; so the poem is not exclusively about any one of those experiences, it is an expression of each of them and it unites everyone who has ever felt anything like that, regardless of whether he ever picked a blackberry in his life.

We can imagine that two such people might meet, and on reading the poem, would nod and exchange looks, as much as to say, ‘I see what he means’ or even just, ‘that’s true.’ And they might do the same on hearing a particular passage of music, or seeing a painting – they would recognise, if you like, that here is a concrete expression of a human experience, an experience they themselves have had; and the poem (or the music, or the painting) would connect them.

That is the kind of thinking that goes on in stories, in music, in poetry, in art – this instinctive grasping of human experience, which our fellow-humans recognise and relate to when they see it. Reason, which does not like instinct and abhors jumping to conclusions, cannot explain it very well and tends to disparage and dismiss it or find some way to marginalise and subjugate it, but in fact it is central.

(And my book idea? it hasn’t withered yet: we shall see what comes of it)